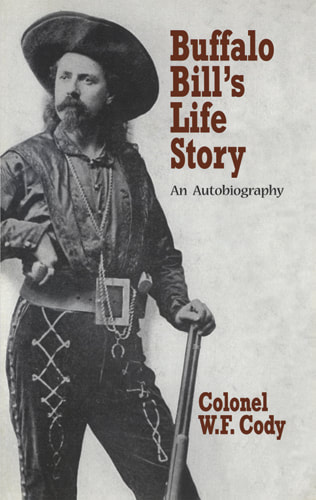 Stirring campfire tales of the Old West animate these memoirs of Colonel William F. Cody, better known as Buffalo Bill. In a personal narrative as thrilling and satisfying as the most colorful fiction, Cody takes readers on back trails through the frontier he knew and loved, a world that changed almost beyond recognition during his own lifetime. His exciting stories of buffalo hunts, adventures among the Indians, stagecoach travel, and riding with the Pony Express sparkle with cameos of historical figures such as Wild Bill Hickok and Generals Sherman, Sheridan, and Custer, the latter of whom he served as a scout.

Cody's vivid yarns begin with his frontier boyhood and perilous rides through Indian territory as an 11-year-old cattlehand, and conclude with the glittering triumphs of his Wild West Show, a dramatic re-creation of Indian battles and frontier life that dazzled audiences throughout the eastern United States and Europe. In this book, Cody draws on his own first-hand experience to paint an unforgettable picture of a storied period in American history and his own role in it.

Historians and other readers intrigued by tales of the Old West will find themselves spellbound by these lively and readable memoirs. Eight handsome illustrations by famed artist N. C. Wyeth complement the colorful text.Reprint of the Cosmopolitan Book Corporation, Rahway, New Jersey, 1920 edition.