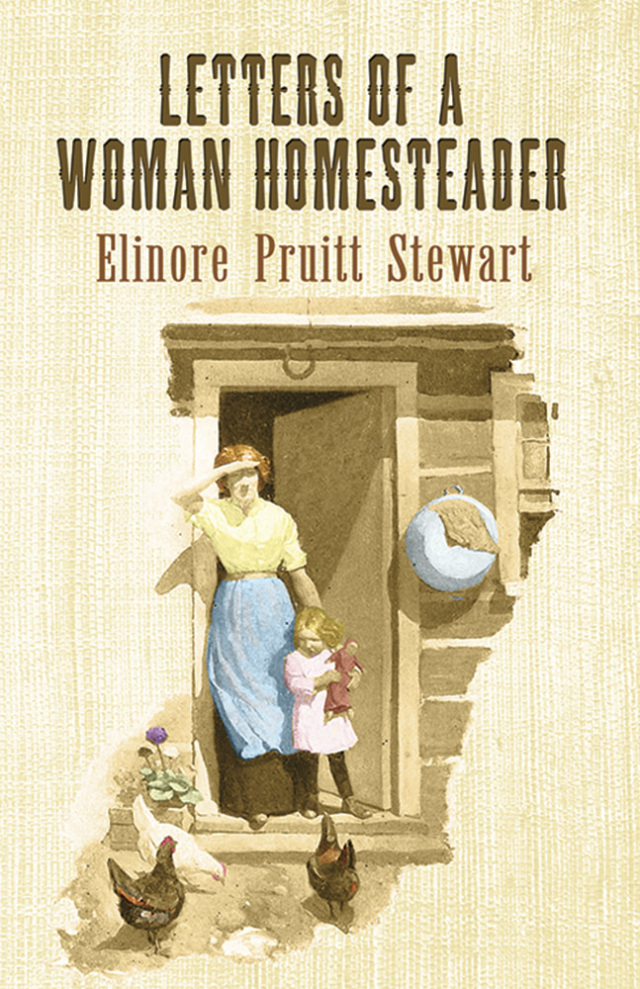 Letters of a Woman Homesteader

As a young widow with a small child, Elinore Pruitt left Denver in 1909 and set out for Wyoming, where she hoped to buy a ranch. Determined to prove that a lone woman could survive the hardships of homesteading, she initially worked as a housekeeper and hired hand for a neighbor — a kind but taciturn Scottish bachelor whom she eventually married.

Spring and summers were hard, she concedes, and were taken up with branding, farming, doctoring cattle, and other chores. But with the arrival of fall, Pruitt found time to take her young daughter on camping trips and serve her neighbors as midwife, doctor, teacher, Santa Claus, and friend. She provides a candid portrait of these and other experiences in twenty-six letters written to a friend back in Denver.

Described by the Wall Street Journal as "warmly delightful, vigorously affirmative," this unsurpassed classic of American frontier life — enhanced with original illustrations by N. C. Wyeth — will charm today's audience as much as it fascinated readers when it was first published in 1914.Reprint of the Houghton Mifflin Company, Boston and New York, 1914 edition.