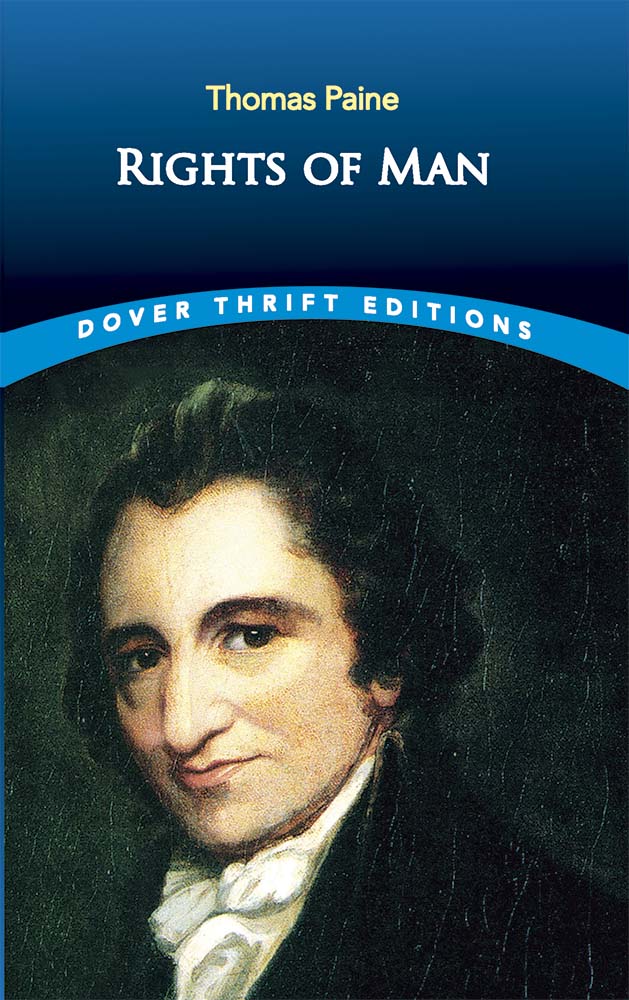 One of the most influential writers and reformers of his age, Thomas Paine successfully publicized the issues of his time in pamphlets that clearly and persuasively argued for political independence and social reform. Rights of Man, his greatest and most widely read work, is considered a classic statement of faith in democracy and egalitarianism.

The first part of this document, dedicated to George Washington, appeared in 1791. Defending the early events of the French Revolution, it spoke on behalf of democracy, equality, and a new European order. Part Two, which appeared the following year, is perhaps Paine's finest example of political pamphleteering and an exemplary work that supported social security for workers, public employment for those in need of work, abolition of laws limiting wages, and other social reforms.

Written in the language of common speech, Rights of Man was a sensation in the United States, defended by many who agreed with Paine's defense of republican government; but in Britain, it was labeled by Parliament as highly seditious, causing the government to suppress it and prosecute the British-born Paine for treason.

Regarded by historian E. P. Thompson as the "foundation-text for the English working-class movement," this much-read and much-studied book remains an inspiring, rational work that paved the way for the growth and development of radical traditions in American and British society.

Reprint of a standard edition.