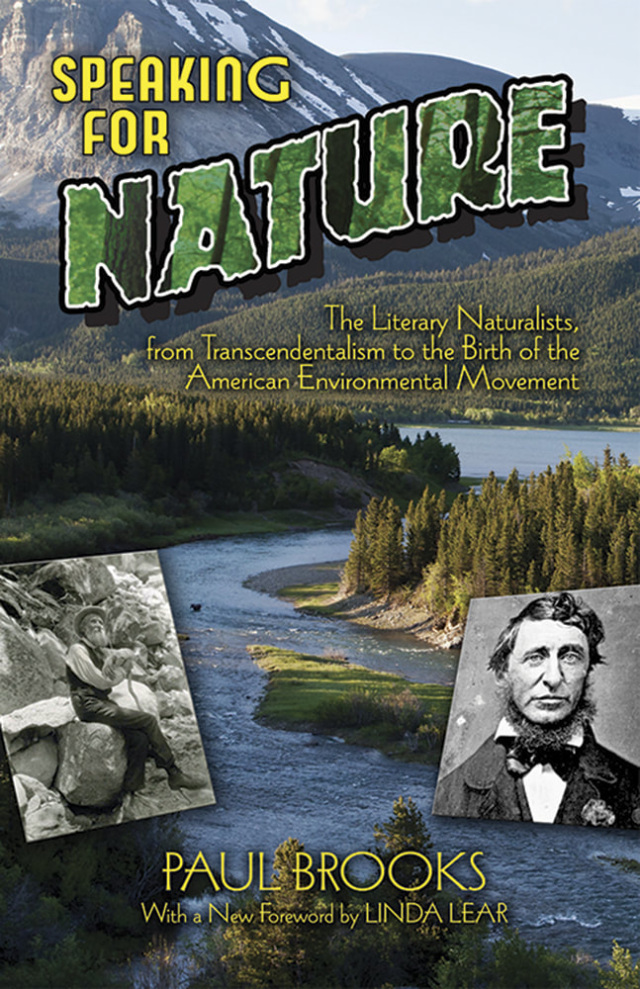 Dover~ Speaking for Nature: The Literary Naturalists, from Transcendentalism to the Birth of the American Environmental Movement

Beginning with Thoreau, nature writers not only have influenced our appreciation of the natural world but also have helped to preserve the American wilderness, from the Maine Woods to Yosemite and the Sierra. Writer and activist Paul Brooks presents narrative portraits of great literary naturalists, offering a 200-year history of the country's movement toward conservation. Profiles of leaders in the fight to protect the environment and safeguard our natural heritage include John Burroughs, John Muir, William Beebe, and many others. A new Foreword has been written for this edition by Linda Lear, author of Rachel Carson: Witness for Nature.

"A richly informative book which portrays the nature writers from Henry Thoreau to Rachel Carson who shaped the development of conservation in America." — San Francisco Chronicle

"A brisk and illuminating survey of the naturalists who by their writing moved Americans into the age of ecology." — The New York Times Book Review

"This valuable book reviews the past century of American nature writing from the prose rhapsodies of Thoreau and Muir to the alarm calls of Bernard DeVoto and Rachel Carson . . . writers who have fought bravely and well and have left us a powerful heritage upon which to build." — Boston Globe